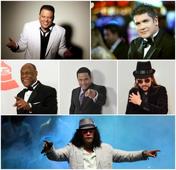 The tactic is the way to reach a goal. The strategy is the goal in itself. In the musical business and only concepts of the concepts pierden in space and time, the results are sought in the immediacy of the processes.

Just like any company, it has three legs on which the music business rests in production, diffusion and marketing, from which the international parameters set profitability in the 1-3-2 equation, and decide, for each weight spent on it. production debo invert 3 in promotion and 2 in market.

In the current moment, the tactic to reposition the meringue as it finds fit in this context.

In fact, the situation is difficult because it crosses another genre and is due to lack of diffusion.

The strategy is to activate a possible point of sale of another genre with respect to the fashion rhythm, urban music.

In production, the urban area has a cost and connection with the public.

For each meringue theme produced, three from Dembow can be regueted and connected with its musical and cultural fanaticism.

In the first one with some harmonic-melodic demands and in the second one with a language that suits their educational levels. For them music is fun in philosophy.

In diffusion the advantage of the urban is abysmal, it has more traditional means and an absolute domain of networks.

Radio and television are aimed at obtaining economic benefits, hence tropical music is now everyone’s business to be the satisfaction of a few and profitability of a few.

This is the cause of the appearance and development of the talk show, which has become the supporters of radio-television programming.

The tariffs of the main urban figures are unattainable for entertainment business events and, such as the event with the merengue, will no longer be profitable for the show bussines.

If the main merenguers have a “Join Venture” with the business owners of locals, where both parties will reduce tariffs and prices of drinks, the public would massively support the artistic activities and return to the beauty of our music.

The “Join Venture” is a short-to-medium strategic temporal association, in an alliance of individuals or groups of companies that maintain their individuality and legal independence, but act together under the same direction and norms, to carry out a joint operation. common benefit

In this case, this action would be carried out until the month of November (3 months), it would be released in mid-term and could be resumed in full, until the effects of the pandemic and the subsequent economic crisis we are suffering are reduced.

In spite of the fact that the diffusion of the meringue is pírrica, we have to carry the concepts of production and market, of being trains that collide in front of wagons that walk in parallel.

It is decided to make a commercial record production with acceptable promotion, but excellent market. Success is assured.

Anthony Hopkins joins “The Son” after triumphing with “The Father”