It’s October already. That means that Samsung will unveil its new S-series line-up in two months. The Samsung Galaxy S22 series is expected in January 2022 and will most likely consist of three models again. In addition to a base model, a larger Galaxy S22 Plus model will appear as well as a new top model, in the form of a Galaxy S22 Ultra. In recent weeks, much has become known about the new Samsung smartphones, both in terms of design and specs.

The Galaxy S22 and S22+ will show many similarities with their predecessors, although both models will be a bit smaller. The base model will reportedly be equipped with a 6.06-inch display – instead of 6.2″. The Plus model will have a 6.55-inch screen – instead of 6.7”.

The Ultra model, on the other hand, gets a different design, this device gets straighter edges as we know from the Note model series. The Galaxy S22 Ultra will also be the first smartphone in the S-series with an S Pen stylus compartment. 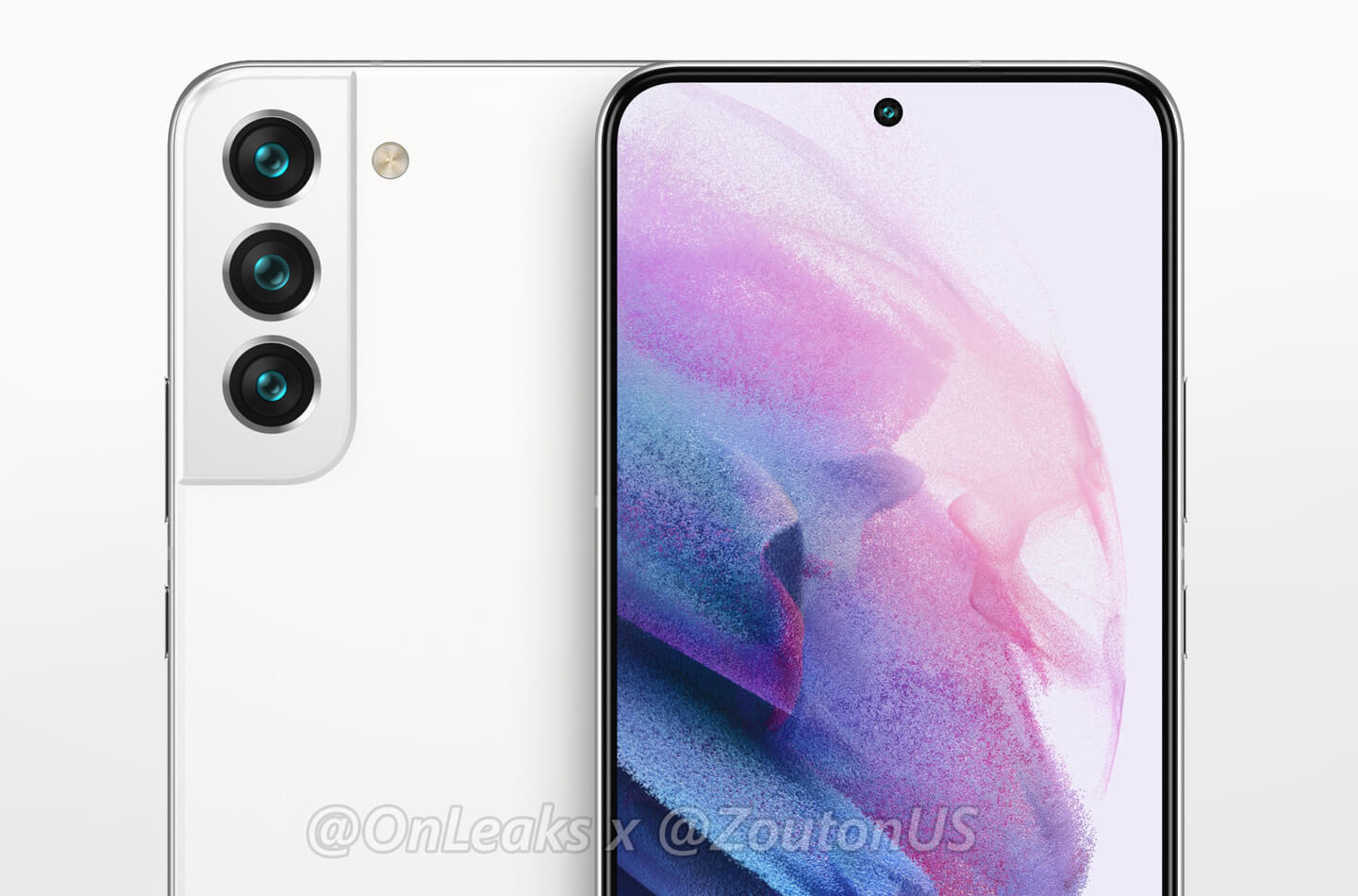 Last month, LetsGoDigital already published a series of renders of the Samsung Galaxy S22 Plus. Shortly after, the first renders based on CAD drawings appeared online. This showed that the design remains largely the same as the Galaxy S21 series. This design has since been confirmed now that an aluminum dummy of the S22 is circulating on the internet.

The photos were discovered by David Kowalski, aka @xleaks7 and published through the Pigtou website. Pigtou produces cases and skins for popular electronics products, including smartphones, tablets and game consoles. The website has also published the video below, in which the Galaxy S22 dummy is shown from all sides.

The contours are almost identical to the current S-series. Dimensions aside, the S22 is best identified by looking at the rear camera system. With the Galaxy S21 / S21+, Samsung allows the camera module to run through optically from the side. With the new model, this curve has been designed a bit straighter, as was illustrated some time ago by Ice Universe.

The design of the dummy model corresponds exactly to previous rumors. It therefore seems plausible that this will indeed be the design of the Samsung Galaxy S22 and the S22 Plus. Such dummy phones are used by case manufacturers, among others, to be able to design a well-fitting smartphone case.

The positioning of the buttons and connectors remain unchanged. This also means that no 3.5mm headphones will be integrated, and a microSD memory card slot will also be missing. This is also already the case with the S21 line-up. 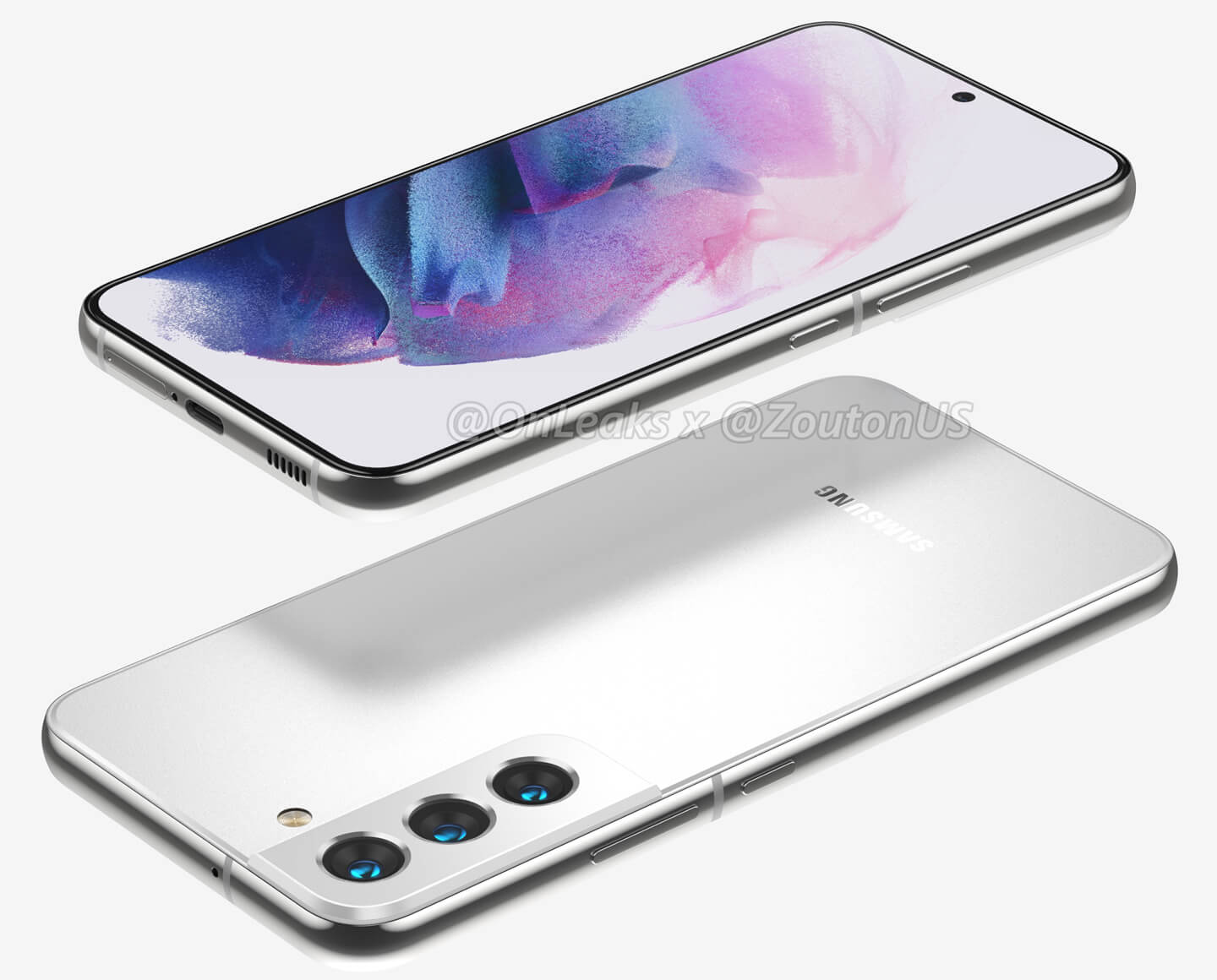 Unfortunately, Samsung seems to increasingly put the Galaxy S series away as a mid-range line-up. Only the Ultra model will have a high-end look with a glass back panel. The S22 and S22+ will most likely use a plastic panel and a Full HD+ display – instead of QHD+.

The Galaxy Z series will be the new premium line-up. After the good sales results of the Galaxy Z Flip 3 and Z Fold 3, the South Korean manufacturer intends to focus even more on foldable smartphone models.

The Samsung S22 series will most likely be released in January 2022. A Galaxy Unpacked launch event will be organized to introduce the new models. Normally the pre-order period starts a day or two after the event. The release date will be about two weeks later.

Many Galaxy fans still hope for a Galaxy S21 FE, as a cheap alternative to the S21. However, there are more and more signs that Samsung has canceled this smartphone model at the last minute. The device was already delayed due to chip shortages. For a long time it was thought that the S21 FE would still arrive in October.

Due to the positive sales results of the recently introduced Galaxy Z smartphones, in combination with the new S-series models that are expected in two months, Samsung now seems to have decided to abandon the S21 FE release. So now we have to wait for the S22.

Lady Gaga covers herself with the dollar bill, presumes a snitch made with $100 billettes