After Huawei released the Mate X2 earlier this year, as a counterpart to the Galaxy Z Fold line-up, the company is now preparing for the introduction of a new foldable model. In July last year, LetsGoDigital already reported on a trademark of Huawei for the name ‘Mate V’. At the time, we concluded that the Chinese manufacturer is probably working on a new foldable smartphone that will support the current Mate X series.

Last week, @Panda reported via the Chinese social media platform Weibo that the Huawei Mate V folding phone will be introduced this year. The device will reportedly have a Flip design – similar to the Samsung Galaxy Z Flip 3 and Motorola Razr 5G. The Kirin 9000 will be placed under the hood. The letter ‘V’ symbolizes the flip phone design. 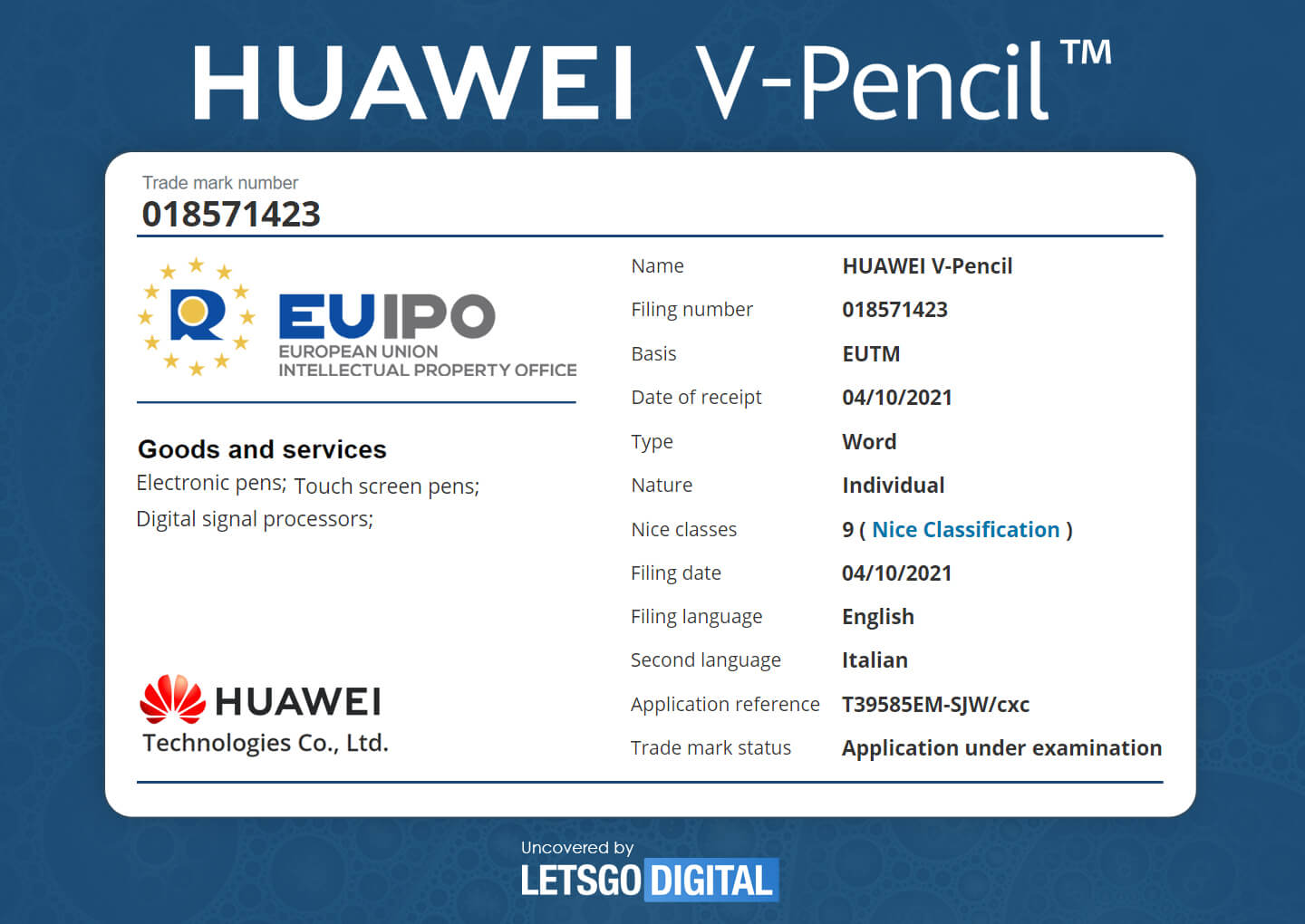 Meanwhile, Huawei has submitted a new trademark, which may be related to this development. On October 4, 2021, Huawei Technologies filed a trademark with the European Union Intellectual Property Office (EUIPO) for the designation “Huawei V-Pencil”. The application is categorized as Class 9, with the description: ‘electronic pen, computer stylus, touchscreen stylus’.

From the description it can be concluded that Huawei is working on a new stylus pen for touch screen devices. It has been rumored for some time that Huawei wants to make the M Pen (also called M-Pencil) compatible with its foldable devices. Just like the Samsung Galaxy Z Fold 3 can also be used with the new S Pen Fold Edition.

Samsung has designed a new stylus for this, where the pen tip retracts automatically when too much pressure is applied to the flexible screen. It is therefore certainly not inconceivable that the Huawei V Pen will become the counterpart of the Samsung S Pen Fold Edition.

Remarkable is the fact that the Mate V is expected to have a clamshell design. Such devices have a smaller screen area than phones that expand to a tablet size. A stylus pen obviously has more added value when used on a large screen surface. Whether this means that Huawei wants to introduce several foldable smartphone models, whether or not within the new Mate V line-up, remains unknown for the time being. 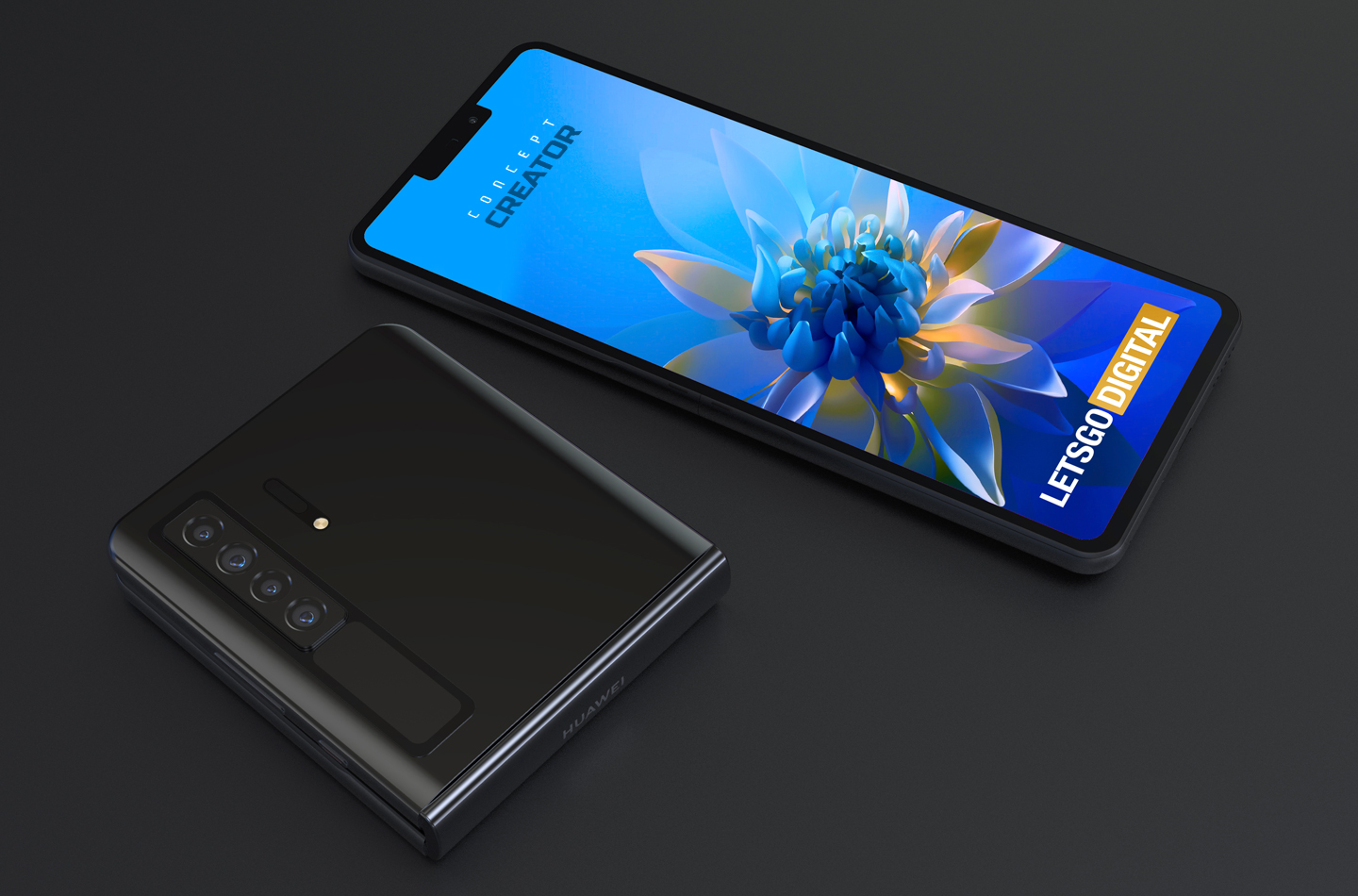 In June this year, Huawei announced another new M-Pencil for the MatePad Pro 2 – the first tablet to run on the HarmonyOS operating system. The new M-Pen stylus pen features magnetic attraction and supports wireless charging.

We may hear more about the Huawei Mate V and the V-Pencil in the coming period. In exactly two weeks, on October 21, 2021, Huawei will host a global launch event in Vienna, Austria. The trademark application has also been submitted in Europe. It is therefore not inconceivable that the V-Pen will eventually also be offered in Europe. The Mate X and Mate X2 were not released in Europe, but the Mate Xs launched in the meantime were.

Time in concert this Saturday at Blue Live Club