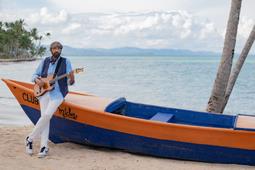 During the years of virtuality, Juan Luis Guerra and 440 will return to infect their rhythm with a series of residential-type concerts to be developed at the Hard Rock Hotel in Punta Cana in February 2022.

The presentations will be four, every Saturday of February and will serve as the launch of the new tour of the artist entitled “Entre Mar y Palmeras”, resuming the events scheduled for the past year, suspended by the pandemic.

Inspired by his most recent record, the concerts will be free air, with the unmistakable seal of musical quality that characterizes Juan Luis and his 440, but without leaving behind the “infaltables”, one that another confessional meringue and there is also a field for the romantic themes.

In the end, the accustomed release of impeccable music from a band that has surpassed the three decades making us happy in the spirit, affirmed its promoters in a communiqué sent to Listín Diario.

This series of presentations receives Juan Luis Guerra being distinguished with the largest number of nominations for the Latin Academy Awards (Grammys) of his entire career, with six nominations.

The plan of sillas will be with social distance taking into account all the measures and protocols of COVID and with options to buy 2 or 4 tickets. Tickets will be on sale from October 12th and prices start at $3,000.00 in adelante.

Suicide rates declined in Canada despite unemployment rise during pandemic

“Chucky”: the perverse mind of the diabolical muñeco lands on television

Alejandra Espinoza: “The reality was that I had a medical problem”