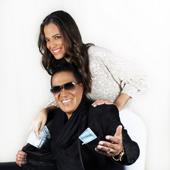 Unlike other rhythms, Kinito Méndez maintains that young people who want to venture into the merengue make it difficult to record albums at the cost of selling a solo theme for the number of musicians, studios and promotions that may be required.

“It’s difficult to get into a new game now. Before we got there, we got there because we were on the dikes, Juan & Nelson, Karen Record, Kubaney, and other record labels that fit the new talents,” he argued.

Luego added: “Those who seek a meringue producer to be a meringue producer, who seek choirists, musicians, pay for recording studios and without a number of things to be able to produce a meringue, and it only takes a cost of two thousand pesos, and so It is an obstacle for the new interpreters”.

In declarations on the radio program “D`Parranda radio show”, which is broadcast by Dominican FM, “El hombre merengue” stated that the recording of a meringue solo exceeds 200,000 pesos, without the cost of marketing and promotion that it entails.

The grabación implies getting a composer, a arranger, bringing together the musicians and setting aside a studio for the grab, and the most fattening one for a merenguero is the theme of promotion (payola) that requires an economic investment, explained.

As a contribution to encourage the rhythm between the new generations, Kinito is committed to recording with new talents in a complete production.

From time to time, these days he walks through the communication media promoting his new merengue “El blanco y el negro” with Nahia.

In other topics, for no one is a secret that the interpreter of “Cachamba” is studying closely with the government’s past of the Dominican Liberation Party (PLD), without being discussed about its relationship with the current government of the Modern Revolutionary Party (PRM) I say I’m everyone’s friend.

“I’ve never had any problems with any politician, I’m a friend of all. When Leonel went on to promote himself with a new theme, Danilo and Luis Abinader also promoted his first candidacy with a merengue also called “Hombre merengue” .

Referring to the time of management that the government of the PRM takes, the first year of the mix of lights and shadows takes place due to the fact that, according to this, Luis Abinader assumed power in a “sui generis” epoch, the root of the pandemic motivated by the propagation of the Covid-19.

“It has been a difficult year because the PRM found the country in the middle of the pandemic, so with its highlights and shadows to Luis there must still be time,” I said while ensuring that President Luis Abinader has good intentions.

Timothée Chalamet’s secret to triumph in Hollywood: “No hard drugs in superhero films”