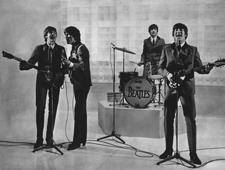 Paul McCartney has spoken about the breakup of the Beatles, roundly rejecting the suggestion that he was responsible for the dissolution of the group.

During an episode of the BBC radio program “This Cultural Life” which will be released on October 23, McCartney said that he was John Lennon who wanted to dissolve the band.

The band’s fanatics have been debated since time ago who were responsible for the breakup, and many of them have blamed McCartney. However, McCartney says that Lennon’s desire to “liberate” was the main driver of the separation.

The confusion about the breakup was due to the fact that the manager of the band asked the members who had not said anything until they had completed several commercial agreements, commented McCartney.

The interview takes place prior to the premiere of a six-hour documentary, directed by Peter Jackson, which narrates the band’s last months.

The documentary “The Beatles: Get Back” will be released in November by Disney+ will cover the agria dissolution of the group. McCartney’s comments were first reported by The Observer.

When interviewer John Wilson asked about the decision to undertake his own path, McCartney replied: “Hello there. No soy the persona that instigó the separation. No, no, no. John entered a day at the workshop and said: ‘Me voy de los Beatles’. Are you instigating the separation or not?”

McCartney expressed sadness at the separation, noting that the group continued to do “things very good”.

“Ésa was my band, ése was my job, ésa was my life. Of course I wanted to continue”, señaló McCartney.

Nelson Javier: “I’m free from covid”, calls to be vacunated because you want to get infected “tiene la muerte cerca”