OnePlus will soon introduce a new mid-range smartphone. The OnePlus 9RT is a 5G phone with a 120Hz screen and a quad camera.

Normally, OnePlus introduces a high-end line-up twice a year. The OnePlus 9 and 9 Pro were announced in April. The ‘T’ variant usually follows in the second half of the year, which should result in a OnePlus 9T this year. However, this smartphone series has been canceled, the company recently announced. Nevertheless, the Chinese manufacturer will soon announce a new mid-range model, the OnePlus 9RT will be the successor of the OnePlus 9R.

The 9R is not available in the Netherlands, this model was only released in China and India simultaneously with the OnePlus 9 series. Whether the new OnePlus 9RT will be released in Europe remains to be seen. It is possible that this will be decided, as an alternative to the 9T that will not appear this year.

The Chinese OnePlus website now states that the 9RT will be officially introduced on October 13, 2021. The first official product images have also been released, showing that the new phone model has many similarities with the OnePlus 9 announced earlier this year.

The camera system is being revised, an additional camera is being integrated. In addition, the 9RT will reportedly be equipped with an upgraded 50MP main camera. In addition, a 16MP ultra wide-angle camera, a 5MP macro camera and a 2MP telephoto camera may be integrated. The front camera offers a 20MP resolution sensor, it is a punch-hole camera system that is placed in the top left corner of the screen. 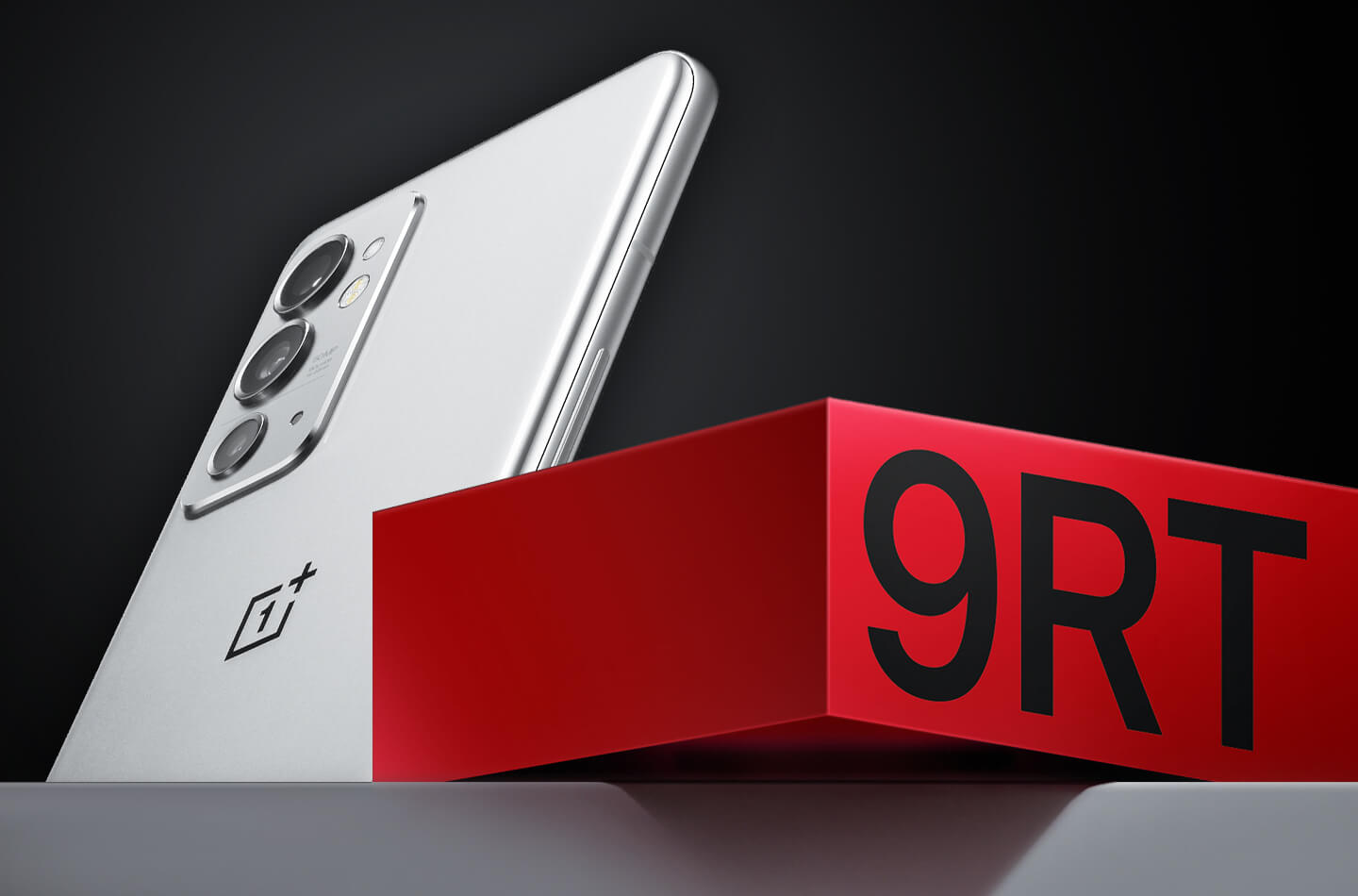 The 9RT will likely be equipped with a 6.55-inch Full HD+ display with a 120Hz refresh rate. The Qualcomm Snapdragon 870 or 888 are reportedly placed under the hood, both of which deliver powerful performance. Two memory variants seem to appear. The cheapest model will be equipped with 8GB RAM / 128GB ROM and the more expensive model will have 12GB RAM and 256GB storage memory. Both versions will support the 5G mobile internet network.

The new OnePlus smartphone will run on the Android 11 operating system. Presumably, the OxygenOS user interface will also be used. Oppo and OnePlus now function together as one company, next year this should result in a completely new user interface. This should be a kind of combination of the OxygenOS from OnePlus and ColorOS from Oppo.

As for the battery capacity, the OnePlus 9RT will be equipped with a 4,500 mAh battery that will support 65W fast charging. A 65W charger will be included as standard. The new model is expected to be released in three colors, including a silver version – according to the product images released by OnePlus. In addition, a black and a blue model is expected.

There is currently no information available about the suggested retail price. The OnePlus 9 is currently available for around €650. In any case, the new model will be cheaper. However, it remains to be seen whether the 9RT will also come to Europe. Next Wednesday, OnePlus China will reveal all the details, possibly that the company will provide more clarity about a possible global launch.