The first smartphones with a camera under the screen have now been released, but you can still see the camera. Vivo is working on a solution.

The first smartphones with an under-display camera have now been officially released. It started with the ZTE Axon 20, which has already been succeeded by the Axon 30. The Xiaomi Mi Mix 4 also has a camera that has been processed under the screen. The Samsung Galaxy Z Fold 3 is the very first foldable smartphone to use this new camera technology. In terms of image quality, this new type of camera is still inferior to punch-hole camera systems.

The camera also remains slightly visible, despite being positioned below the screen. This is because the pixel density is not the same as the rest of the screen, so the camera can capture more light and in theory should also be able to take better quality photos.

As a result, manufacturers struggle with demand; how can we increase the image quality and at the same time make the camera less visible. Vivo appears to be working on a fix for this issue. The company wants to use a second display area, according to a recently published patent. 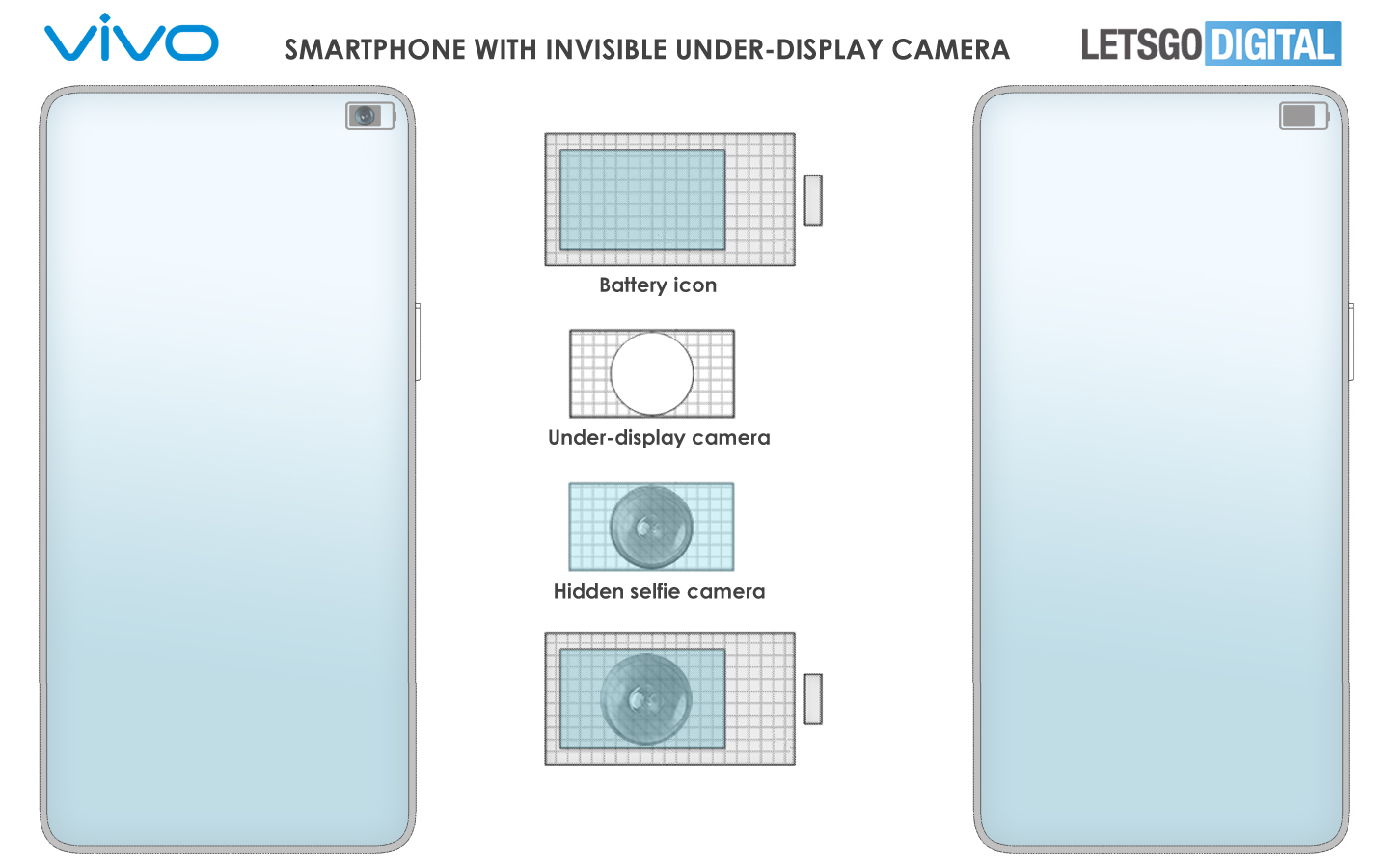 On March 10, 2021, Vivo Mobile Communication filed a patent application with the World Intellectual Property Office (WIPO) for an ‘Electronic device and screen method’. The 32-page documentation was published on September 23, 2021.

It is a Vivo smartphone with an under-display camera. The front camera is placed in the top right corner. To prevent you from seeing the camera, the Chinese manufacturer wants to use a second display area – which covers the front camera when not in use.

When the camera is not in use, a battery indicator will be displayed on the second display area. This will cover the camera, allowing the user to enjoy a full screen experience. When the phone is rotated to landscape mode, another icon will appear to cover the camera area. One of the options mentioned in the documentation is to show a camera viewfinder icon. As soon as the front camera is activated, the icon disappears, after which the camera can collect enough light to take quality photos.

The second display area includes a plurality of pixels and a plurality of light-transmissive portions. The brightness can also be set. Vivo’s patented technology resembles the Samsung Galaxy smartphone that LetsGoDigital published about in December last year. However, Samsung used moving components, which is not the case with Vivo’s solution.

It is a smart and effective way to make the camera less visible. Vivo has already demonstrated a prototype phone with an under-display camera, the Vivo APEX 2020 concept smartphone was equipped with a 16 megapixel under-display camera. Sister company Oppo has also repeatedly announced that it has similar technology in development. 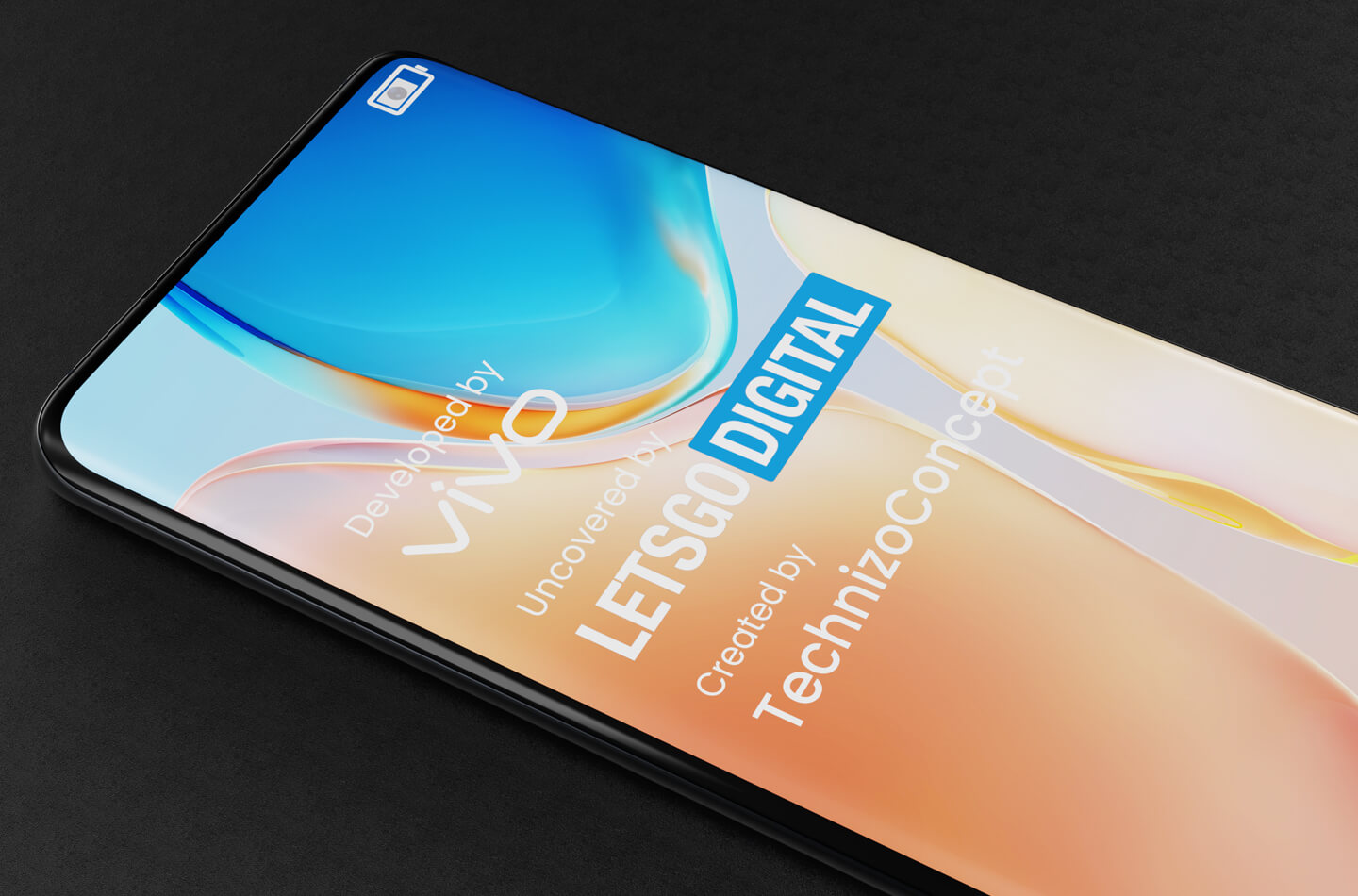 It remains unknown when the first Vivo smartphone with under-screen camera technology will be released. In addition, it remains to be seen whether this will actually have a second display area, as described in the patent.

The Vivo NEX series seems to be a suitable line-up to first apply this technology. The first NEX smartphone was announced in 2018 as the world’s first full screen smartphone, made possible by the integration of a pop-up camera. Afterwards, the NEX Dual Display was released, followed by the NEX 3 with waterfall display.

Although the latest model was announced in 2019, a company spokesperson recently said in an interview that Vivo will revive the innovative NEX smartphone series in early 2022. Details about the new model are still scarce, nevertheless it is certainly not inconceivable that the Vivo NEX 4 will be the first smartphone of the brand with an under-screen camera.

Presumably, the company also wants to release rollable and foldable smartphones within the NEX model range in the future. In May this year, the Chinese manufacturer already applied for various matching trademarks, including for NEX Fold, NEX Roll and NEX Slide.

It is expected that several manufacturers will present a phone model with an under-display camera in the coming year. Nevertheless, it will take quite some time before the image quality is comparable to that of a punch-hole selfie camera. This also seems to be the main reason that the Samsung Galaxy S22 series, expected in early 2022, will still be equipped with an ‘old-fashioned’ punch-hole camera.

Download documentation of the Vivo smartphone with under-display camera.